What is Harassment in the Workplace? Definitions And Examples

Harassment in the workplace (mobbing) is increasingly studied and recognized reality. However, it can still be difficult to identify mobbing where it’s happening, especially considering that the forms of abuse do not always have the same characteristics.

Harassment in the Workplace is very serious – and if you were to happen to you but your boss refuses to do something to honour, you have what you need to make a claim.

But what bullying looks like in the workplace? Look at these examples to find out.

Examples of Harassment in the Workplace by Discrimination

All of the bullyings in the workplace is discriminatory, but this kind of intimidation involving victims who are part of a protected class, such as:

A woman displays a poster or photograph that degrades man in his cubicle, or the male nurse harassed for having “women’s work.”

A co-worker or boss pressures you to change your religion, or people at work making religious jokes severe, or superiors or co-workers are not tolerant of religious traditions, customs, or your vacation.

They annoy or insult you based on your age, or leave you out of certain activities in which the rest of the participating teams because you are older or younger than them.

Examples of Personal Harassment in the Workplace

Personal harassment can be considered bullying, but not harassment based on a protected class. However, still there.

Someone who works with a brand out-of-place joke that makes you feel uncomfortable or make comments completely inappropriate, or try to embarrass you personally, creating an intimidating work environment.

Boss or co-workers constantly criticize you, do not let you participate in group activities or excluding you entirely, or try to intimidate you by making you feel small or unimportant.

Examples of Sexual Harassment in the Workplace

Your boss tells you that, if you go on a date with him, he can help promote you, or that you can have a better performance evaluation if you accept or sexual movements reply from your boss.

Examples of Verbal Harassment in the Workplace

Verbal abuse can happen in front of others or can just between the perpetrator and the victim. This can include such things as:

Verbal abuse alone is not illegal, but it is illegal when it was part of the sexual harassment or any other kind of harassment or discrimination.

Superiors or colleagues using the vocabulary of offensive and calling you incompetent because of age, disability, race, religion or other protected categories you.

Boss or co-workers laugh at you and call you names because you belong to a protected class.

The boss or co-worker threaten or insult you because you belong to a protected class. 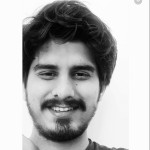 Puneet is an author in Human resources and an intelligent Search engine content marketer. He is specialized in reading and writing about human resource management and automating business management.

What Measures Should Be Considered to Bring Back Employees After Covid-19 Isolation?

What Are The Important Steps A Remote Office Manager Should Follow?

The Modern Model of Employee Engagement

What Measures Should Be Considered to Bring Back Employees After Covid-19 Isolation?

Work From Home Guidelines For Employees To Follow During COVID-19

What Are The Important Steps A Remote Office Manager Should Follow?